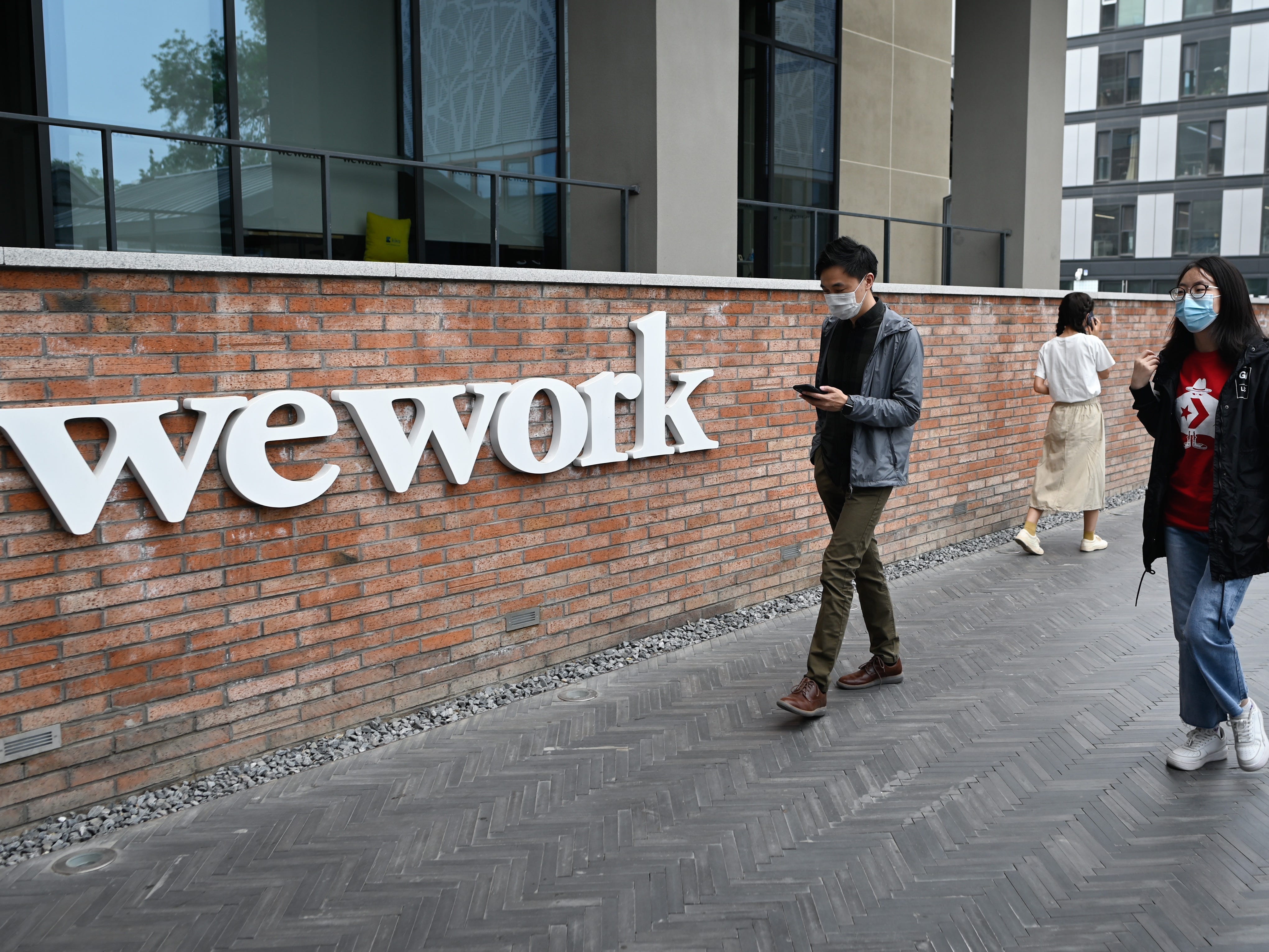 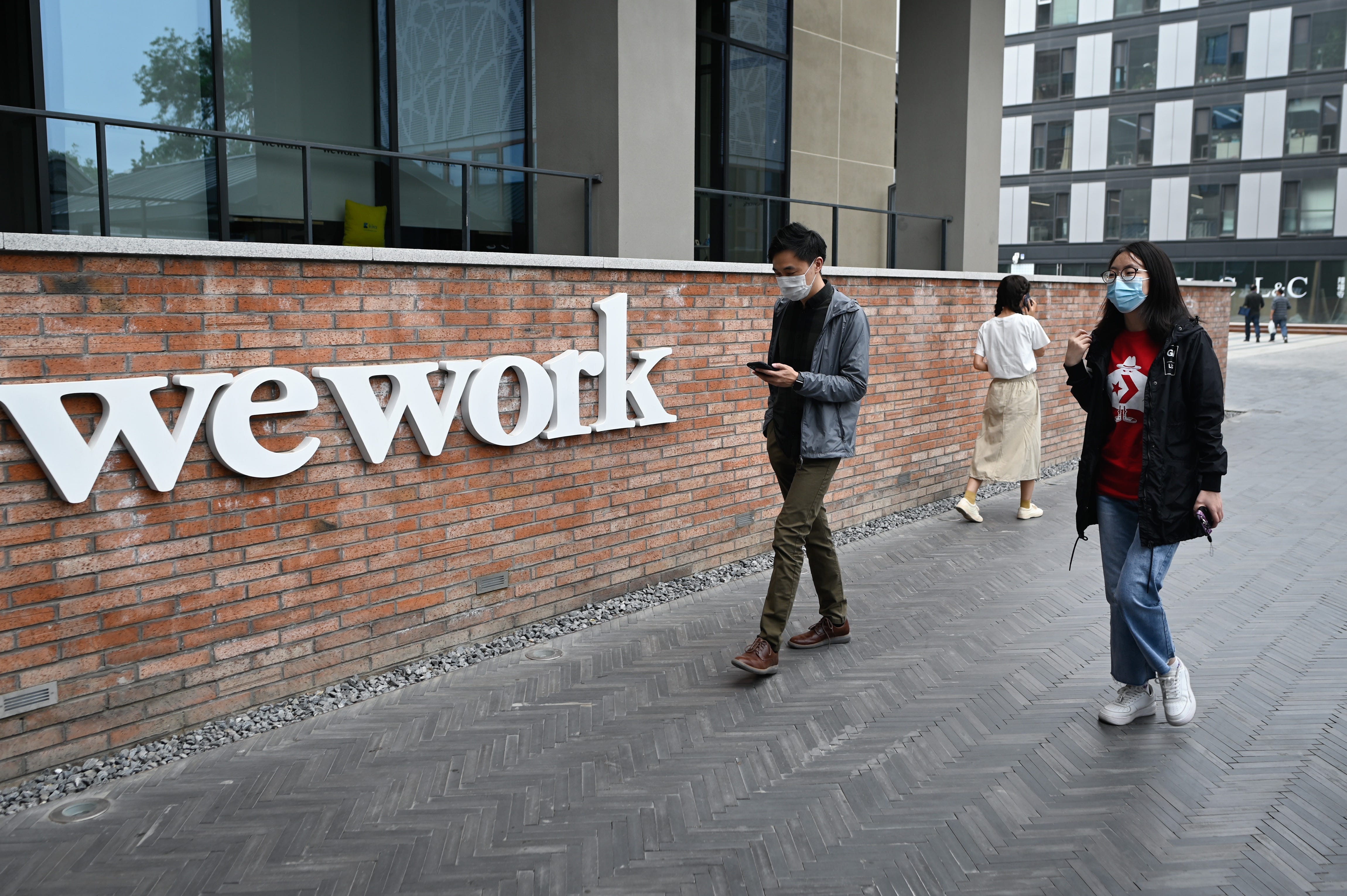 WeWork is adopting a hybrid model where staff work from three locations during the week.
WeWork staff will work three days in the office, one day in a WeWork location, and one day from home.
Mathieu Proust, a WeWork general manager, said hybrid working “is what the future is about.”
See more stories on Insider's business page.

Commercial real estate firm WeWork is going the extra mile with its hybrid work model as it plans to bring staff back to the office.

From June 21, WeWork staff in the UK will work three days in the main company headquarters, one day from a WeWork location, and one day from home, Mathieu Proust, the company's UK general manager told Insider.

“Working at home is really efficient when you have a specific task to do,” he said. “Working in the office is more about having impromptu conversations and meeting one another.”

Proust said that a company-wide survey showed that WeWork staff who have returned the office have seen a 54% jump in morale. “They're happier to see colleagues,” he said, adding that “it's good for morale.”

WeWork, which plans to go public via a SPAC, have introduced a “hub-and-spoke” model for their employees, where there's one main “hub” office and smaller 'spokes' throughout London.

WeWork's main hub in the UK is located in Waterloo, central London, and the company has a further 50 spokes spread across the city which employees and members can access whenever they like.

Read more: WeWork members are getting fed up paying rent while the coworking giant tries to catch a break on its own leases. Here's how 4 entrepreneurs are trying to get out.

One day a week, WeWork staff will be working in one of the spokes which are closer to their home. Within these office buildings, there are separate workspaces for WeWork employees.

WeWork offices remained open during lockdown as essential businesses, such as law firms, used its facilities, Proust said. Small to medium businesses then returned to its offices in between the lockdowns.

Proust said the company has seen a need for flexibility in its workforce, which has led to an improvement in wellbeing. During the pandemic, WeWork organised meditation, yoga, and other activities online – it's now going to carry these on face-to-face as “we've seen how important they were,” he said.

Payments firm Klarna, which has recently chosen a WeWork location for a new office hub in London, is also opting for a more hybrid working culture whereby employees work two days in the office and choose where they want to work for the rest of the week.

“The notion of hybrid working is a notion of flexibility,” said Proust, adding that the hybrid model trend is accelerating. “That's what the future is about.”

Are you a WeWork employee? What do you think of this new hybrid working model? Get in touch with this reporter via Twitter or email [email protected]

Source: WeWork has a hybrid work model where staff work 3 days in its central-London HQ, 1 day from a WeWork location, and 1 day at home

SpaceX blasted another 52 Starlink internet satellites and 2 payloads into orbit on a Falcon 9 rocket, which landed perfectly