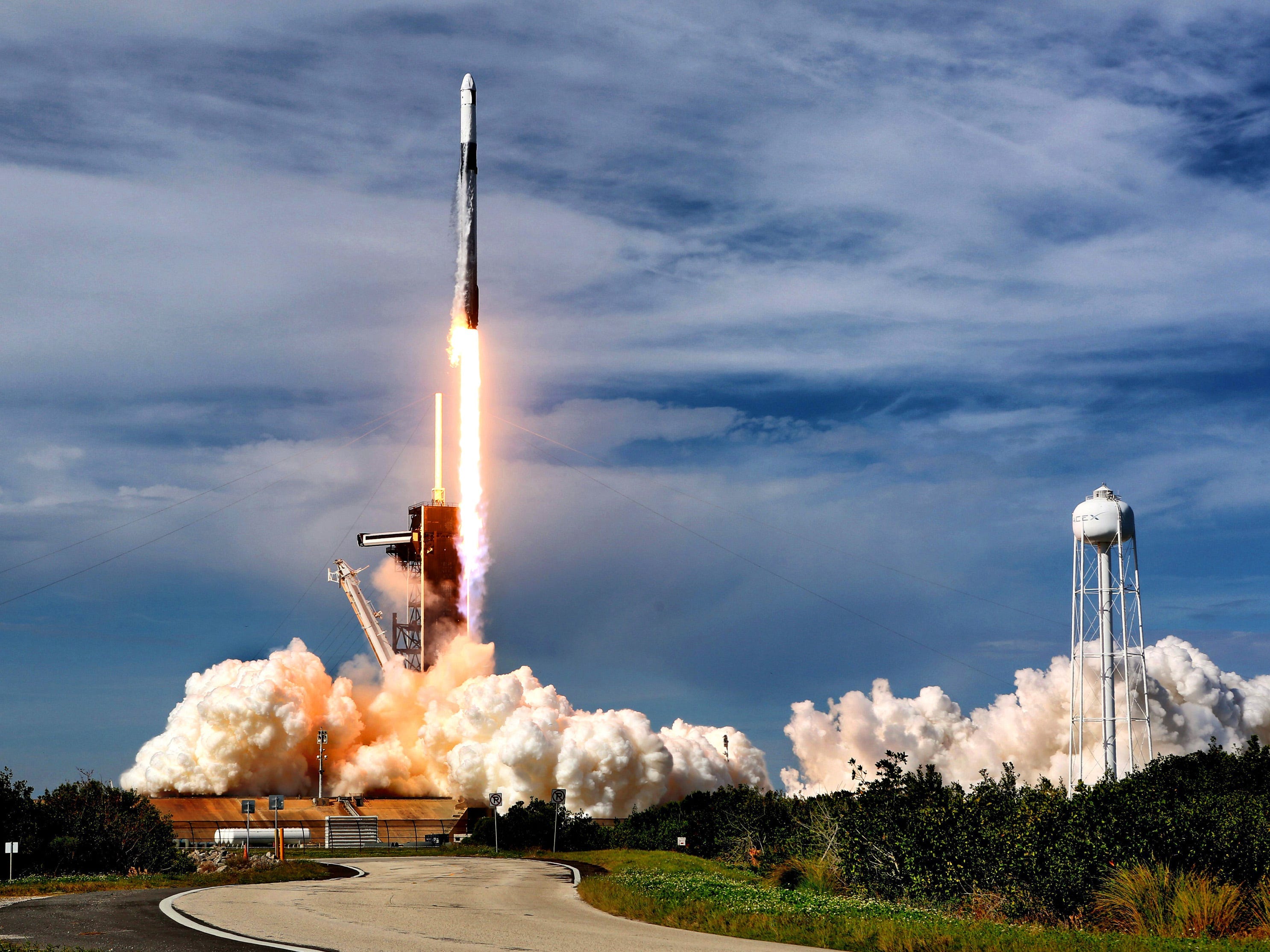 The SpaceX Falcon 9 rocket lifts off from Launch Complex 39-A at Kennedy Space Center.

A SpaceX rocket on Saturday launched another 52 Starlink satellites into orbit as well as two rideshare payloads, before executing a flawless landing at sea.

It was the eighth flight for this particular Falcon 9, which also lifted NASA astronauts, Bob Behnken and Doug Hurley to the International Space Station, last year.

SpaceX CEO Elon Musk plans to eventually have more than 40,000 satellites transmitting internet service for users on Earth. It is working towards a mid-2027 deadline. At present, the Starlink beta service has about 10,000 customers, as Insider reported.

The rocket shot up from Kennedy Space Center in Cape Canaveral, Florida at 6:56 pm EDT, marking SpaceX's 15th Starlink launch of the year. The full launch can be watched on SpaceX's website.

About nine minutes after liftoff, the rocket's first stage returned to Earth following stage separation and landed on SpaceX's droneship, “Of Course I Still Love You,” in the Atlantic Ocean.

It was a windy day on the coast but blue skies over the launch pad made for a spectacular show.

Musk's ambition for his Starlink business is to create a high-speed satellite internet service that stretches across the world and provides connection to rural and underserved communities.

Starlink's public beta test, known as “Better Than Nothing Beta,” has been popular with those living in remote areas of northern US, where it was first rolled out.

The company is also holding discussions with British officials about expanding Starlink to rural areas, as part of the country's $6.9 billion “Project Gigabit” plan.

Source: SpaceX blasted another 52 Starlink internet satellites and 2 payloads into orbit on a Falcon 9 rocket, which landed perfectly

WeWork has a hybrid work model where staff work 3 days in its central-London HQ, 1 day from a WeWork location, and 1 day at home